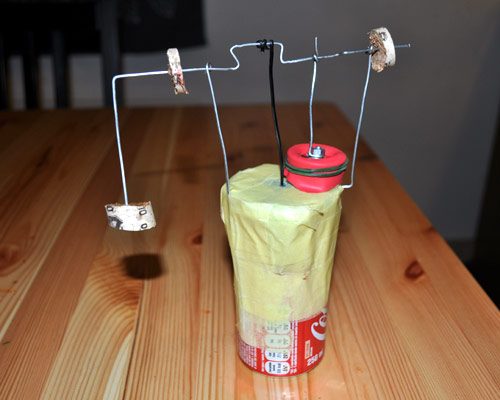 OK, two days after my first attempt of building a homemade stirling engine, I somehow cooled off and tried again. I fished the 250 ml. soda can I threw in earlier out of the trash bin, straightened it, build the darn hot air engine… and failed again! Shame it didn’t turn out like this one…

But it wasn’t as frustrating as the first one. In fact I learned to be patient and take more time for assembling the thing and carefully put things together. But alas, not carefully enough it seems… 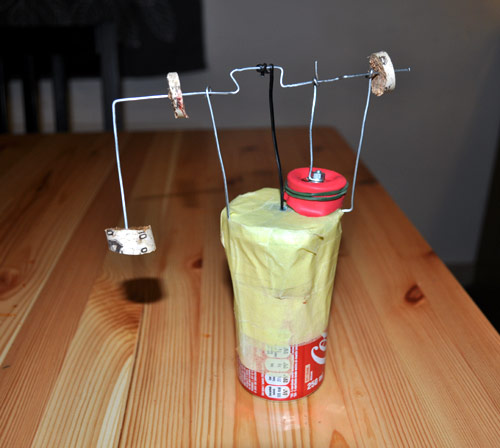 It looks good though (but maybe you think otherwise, no hard feelings), and I was almost convinced it slightly-almost-a-little-bit wanted to turn the cranks by its own! I could clearly see and feel there were hardly any airleaks. The piece of balloon reacted as it should on the different temperatures, you could see it expand with hot air and collapse in cold air. I tried to help a bit by taping some frozen peas (yes, peas… I don’t have icecubes) to the top, but still to no avail.

This time however I think where I have to pay more attention to: Friction. Next time I am going to make the cranks from thicker wire. The one I used is too thin and everything is just too ‚wobbly‘. So, stay tuned. Again 🙂

Of course you can save yourself the hassle and buy a cheap stirling engine on Amazon or eBay.