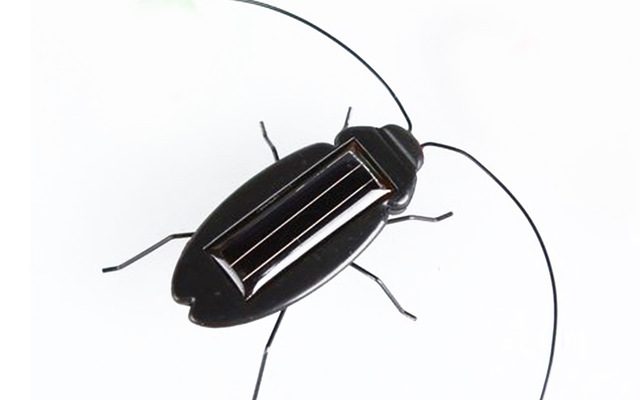 …most people hate them. They can be anywhere. In your bed, in your closets, in your shoes. In some bodyparts. For decades humankind tries to exterminate these creatures because… well just because! And yet they survive, already millions of years.

Luckily, for those who actually LIKE cockroaches, there is the ‘solar cockroach’. YEP! A robotic insect with a tiny solar panel on its back, providing power for the thing to walk. And thats what it does: walking around. No extra features included.

“Cockroaches are insects of the order Blattaria. The name derives from the Greek and Latin names for the insect (Doric Greek: βλάττα, blátta; Ionic and Attic Greek: βλάττη, bláttē; Latin: Blatta).”

I can hear you think: ‘so after an atomic war, we’ll still have cockroaches’. True! Because the REAL cockroach will survive and this bot not, because the sun will be blocked by atomic, radio-active clouds so this poor creature won’t do anything without power.

“Cockroaches are among the hardiest insects on the planet. Some species are capable of remaining active for a month without food and are able to survive on limited resources like the glue from the back of postage stamps. Some can go without air for 45 minutes. In one experiment, cockroaches were able to recover from being submerged underwater for half an hour.” 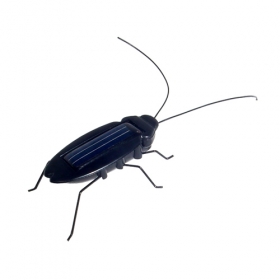